Historically, long term disability insurance companies targeted physicians as the perfect customers. Seeking to protect their high-income levels, the doctors saw the value in investing in private disability insurance policies and it was a fairly easy sell. Underwriting was generous and policy limits significant.

At the same time, most doctors continued working well past years when other professionals retired. A general practitioner with a home-based office did not expect to retire until they were well into their 70s or, in some cases, beyond that.

Most doctors purchase disability policies early in their careers through a medical association, and as their income increases, they add private policies. Physicians who are part of large practices also will often have group policies, known as ERISA LTD policies, through their employer. The senior doctor today typically owns an association policy, a group policy and one or more private policies. The younger doctor has an association policy and a group policy, as most younger practitioners have joined large professional practices, in addition to a private policy. 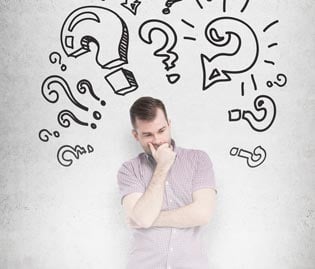 The practice of medicine is physically and mentally demanding. Injuries occur as the direct and indirect result of repetitive motions, positions needed to be maintained over an extended period of time when performing surgery, and the back and neck strain from long hours dedicated to caring for patients.

The mental and emotional stress of practicing medicine, which includes the constant challenge of responsibility for patient lives, can exact a high toll on doctors’ mental health. This has become exacerbated because of the COVID-19 pandemic. A number of different scenarios are emerging:

As physicians begin to assess their return to “normal” medical practice, they may find themselves grappling with PTSD, which in the past was never a large issue for healthcare professionals, but is emerging as a national mental health issue for the entire sector.

An anesthesiologist working at one of the top 25 ranked hospitals in New York State was diagnosed with disseminated shingles which resulted in severe postherpetic neuralgia, chronic pain, complex regional pain syndrome, and numerous orthopedic conditions. Her treating physician advised that she only work on a part-time basis to avoid exacerbating her condition. After paying residual benefits on a private policy with Lincoln, her claim was terminated. Frankel & Newfield aggressively attacked the termination and her claim was reinstated, with her monthly benefit paid in arrears.

An Emergency Room physician stopped practicing medicine because of post-traumatic stress disorder (PTSD). She had allowed two privately owned long term disability insurance policies to lapse because her disability made performing simple tasks like paying bills difficult. When she filed a claim for LTD benefits, her claims were rejected, on the grounds that she had made the decision to stop practicing and not because of a disability. Her medical record was not strong, and the lapsed policies created a real challenge. Frankel & Newfield was able to negotiate a successful resolution for her two claims, securing a major cash settlement beyond our client’s expectations and despite the difficult fact pattern presented by the situation.

A doctor was diagnosed with Chronic Lyme disease, which damaged his nervous system and made it impossible for him to continue to practice. Frankel & Newfield helped him navigate the maze of short term disability and long term disability claims. Among the issues were the relationship between his multiple policies, ERISA with his employer and one individual (or private) policy. The group or ERISA policy insurance company had objected to giving the doctor the full monthly amount, saying he had not followed certain procedures. Frankel and Newfield worked to navigate all of the issues, countering each and every one. The doctor began receiving benefits from both policies.

An internist with Crohn’s disease as well as depression and anxiety that are significantly impacted by the Crohn’s disease, chronic pain, Crohn’s related fatigue, vitamin B12 and vitamin d deficiency, insomnia, hypertension, hyperlipidemia, esophageal stenosis with associated acid reflux, asthma, and peripheral neuropathy. She applied for and was granted Social Security Disability benefits. The insurance company had a doctor conduct four paper reviews of our client’s medical file. The doctor did not speak with her treating physicians, did not review other conditions, and did not consider the side effects of medications. Frankel & Newfield fought back with a strong appeal, and she continues to receive monthly payments as outlined in her long term disability insurance policy.

Physicians who become disabled face substantial economic challenges. Replacing the physician’s six-figure salary is the purpose of a privately owned long-term disability insurance policy. Unfortunately, the high monthly benefit promised in such a policy also sends up a red flag to a claims adjuster when a physician files a claim for long term disability benefits. The same is true for an ERISA disability policy, one issued through an employer, which might be the practice, the hospital or other medical facility if the doctor is an employee.

Changes in the health care environment have led to a change in the overall practice of medicine. Insurance reimbursements became the norm, small medical practices began to disappear and the general family physician became part of a large medical office with many specialists. Women and men entering medicine today have a different set of expectations of where they will work and what they will earn.

If you are a physician and are concerned that a health condition may lead you to having to file a disability insurance claim, it is especially important to be properly prepared. Medical records must document not just what your disability is, but how it precludes you from performing the tasks of your profession. It is important that your role in a practice be defined so the twin issues of “any occupation/own occupation” do not lead to problems for the claim. A surgeon who occasionally checks salary records in a practice does not have the skills of a hospital administrator – but we have seen insurance companies insist that doctors who have a minor involvement in managing a small multi-physician practice have the skill sets to become administrators.

Our experience in representing physicians in disability disputes provides strategic advantages in negotiations and litigation. For example, when a practice does not utilize CPT codes, which is common in high end boutique fee-for-service practices, the insurance company will seek to use this as evidence that the doctor was not working (or performing the duties) when they claimed to be. Others do not have CPT codes because their record-keeping systems are out of date and don’t have the capacity for CPT summaries – leading to exposure to challenges from the insurer.

We have also seen instances when investigative field reps present themselves as new patients, and present to the practice. They are trying to find out if a doctor is truly practicing when he or she says they are – or whether they are only doing administrative tasks. This is more likely to occur when the claim concerns residual benefits and the physician is working on a limited basis.

These are but two of many strategies used by insurance companies who are challenging physicians long term disability insurance benefit claims. Frankel & Newfield has represented doctors in many different specialty areas, each with their own challenges. Put our experience to work for you. Call the office at 877-LTD-CLAIM (877-583-2524) to learn more about how we can help.