AIG, American General Life and Accident Company, is owned by American International Group, one of the largest insurance and finance companies in the world. The disability insurance department of this massive worldwide company is just one part of a company that includes Chartis Insurance, United Guaranty Corporation, AIG Bank, and more. AIG, also known as American General Life and Accident Insurance Company, is one of the giants in the global insurance world.

AIG received a massive amount of funds during the financial crisis, which is one reason for its negative reputation among American taxpayers. The company was deemed “too big to fail” and a $182 billion government bailout kept the company from going under. The company’s stock was pulled from the Dow Jones Industrial Average days after the U.S. government stepped in to keep the company from filing for bankruptcy. There have been many SEC investigations and lawsuits brought against AIG and former president Hank Greenberg; one of the cases cost Greenberg his position as CEO.

But don’t feel bad for this giant company – it paid back its debts to the Treasury and the Federal Reserve. In the third quarter of 2019, it reported a $648 million profit. Adjusted after-tax income attributable to AIG common shareholders was $505 million. In other words, everything AIG does, including its disability insurance policies, it does on a big scale. Including quarters where there are losses because of catastrophic events around the globe.

AIG sells disability insurance policies to employees, individuals and associations. However, due to the financial pressures upon this entity, disability claims are typically carefully scrutinized and legitimate claims are often delayed or denied. Our attorneys work with clients on long term disability claims at all stages of their claims.

The smiling people on the company’s website don’t look anything like the disability claimants that we work with, who face a battle of epic proportions when one of the world’s biggest companies denies their claims.

The AIG disability policyholders we represent don’t care so much about the company’s history, its role in the financial crisis, or its acquisitions. They are only concerned with being wrongfully denied the disability insurance benefits they expected to receive. They are worried about paying their medical bills, mortgages and maintaining a lifestyle that they thought they had protected with the purchase of long term disability insurance. 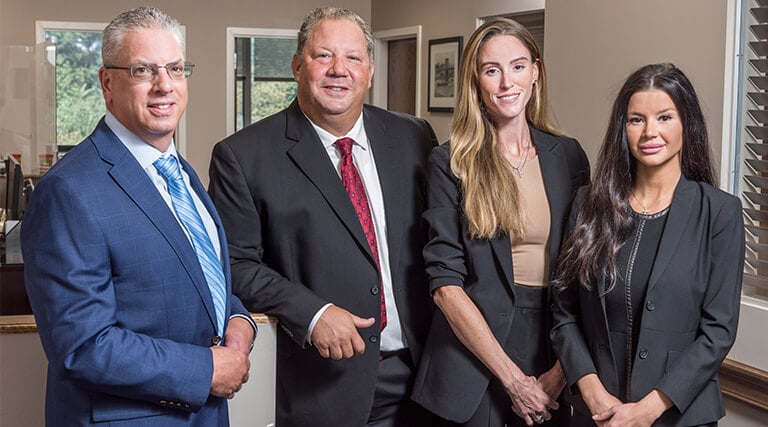 Through the many claimants we have represented who have had their claims denied by AIG, they have all had to face an obstacle course for their claims. One of the common tactics used by AIG and its representatives is to draw out the entire claims process, saying that materials that have been sent were not sent, or that things were received but lost within the organization, or by not being responsive to phone calls. This is very dangerous for ERISA policies (purchased as part of an employee benefits package) because ERISA policies are subject to strict time limits. When paperwork, doctors reports and checks mysteriously disappear, the possibility that a person’s right to file a claim could be lost forever with no way to pursue a claim is very real.

Oftentimes, these documents are found and phone calls are returned only when a disability attorney gets on the phone with claims administrators. This is not how any company should treat its customers, but we have experienced this often enough to know that it is how AIG and many other disability insurance companies operate.

Can You Rely on What AIG Disability Claims Managers Tell You?

There are other problems with AIG. Forms on the AIG website are out of date, so that when they are submitted, they may not reflect the correct date that they were completed. We advise anyone who needs to file a claim with AIG (or any other disability insurance company) to look very carefully at any forms that they download and print, or fill out online and submit. If you have an eye problem, you’ll do better asking a family member or trusted friend to help you make sure that the forms are correct and that there are no incorrect dates. Note that if you call AIG and they tell you not to worry about the forms being out of date, you may be putting your claim at risk by going along with what they tell you.

We recommend calling our office at 877-583-2524 to talk about your long-term disability insurance claim with AIG or any of the companies it owns to protect yourself and your family from these and other tactics.

Here are other companies that are part of the AIG corporation:

If your claim for disability benefits from AIG was denied, you need an experienced disability insurance attorney who has represented clients in disputes with this giant company. If you call our office, we will ask you to find your original policy. This is very important, as the policy is a contract between you and the disability insurance company. Their responsibilities, and yours, are spelled out in great detail. You can try to read it on your own, but we know from experience that the document is written to protect the insurance company, and they will do what they can to push back against your claim.

If your disability insurance benefits for your AIG disability policy have been denied, or if you feel that AIG is giving you difficulty in the claim process, call our office today at 877-LTD CLAIM (877-583-2524) to learn how Frankel & Newfield can help.